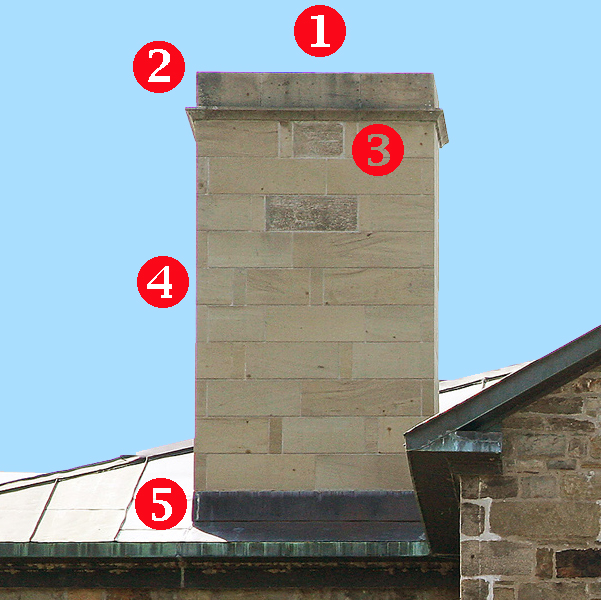 The first place water can get into the chimney is the hole at the top, the flue opening. Preventing rain and snow from entering your chimney flue is the most basic of ways to keep your chimney and fireplace dry. There are two ways to keep water from leaking into your chimney through the flue hole:

In high wind situations, rain or snow can sometimes be blown through the mesh screening and into the flue. If you have a chimney cap but still have chimney leaks that you think are the result of water coming in through the flue opening, use a top-sealing damper. Such dampers have a gasket seal: When they are closed, no rain or water can enter. The dampers are only opened when you are using your fireplace. You can get a top-sealing damper alone or also get the chimney cap that fits over it.

Water can enter through the cement chimney crown in two ways: 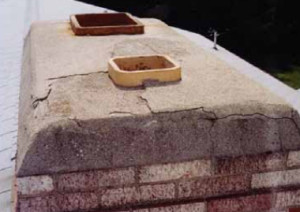 Chimney crown with cracks that can cause chimney leaks. 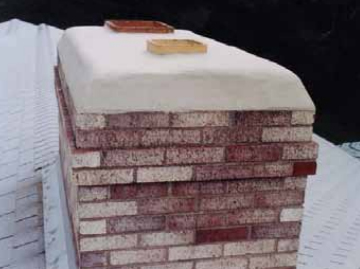 Water can leak into even very small gaps and holes in the mortar between chimney bricks and stones. Repair those mortar cracks with Crack and Joint Sealant. It just brushes on, almost like paint, but it is clear. It not only repairs the mortar, it also waterproofs it. 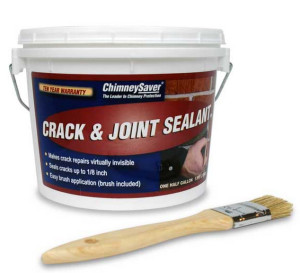 Crack and Joint Sealant ends chimney leaks coming in through the mortar.

Just as concrete is porous and allows water to seep in, bricks are also porous.  Every ten years, you need to waterproof the part of the chimney that is exposed to the elements.

Use a vapor permeable water repellent like ChimneySaver’s V.O.C. Compliant Water Repellent. Why vapor permeable? Because you want a sealant that will not trap water vapor inside the bricks and mortar. You want a product that will allow water vapor to escape out of your bricks while simultaneously preventing moisture from entering the bricks. The V.O.C. Compliant formula complies with the V.O.C. regulations in states that prohibit a solvent-based chimney water repellent.

As an added bonus, this products protects you chimney from mildew and fungus stains. 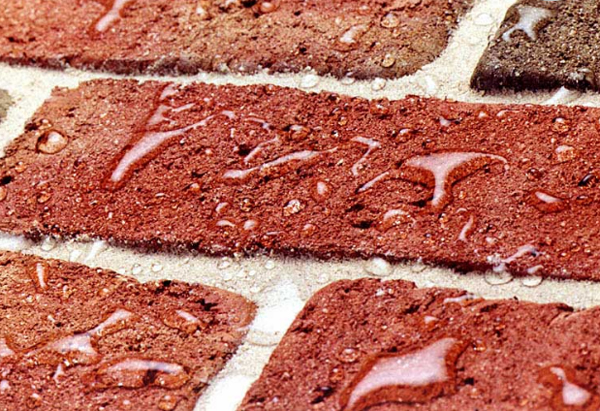 Bricks with Water Repellent applied to let water vapor escape while at the same time keeping water from entering the bricks.

#5 Way to Prevent Chimney Leaks: Keep Water from Entering at the Base of the Chimney

A common source of chimney leaks is at the base of the chimney, where the chimney intersects with the roof. The flashing is supposed to protect the transition, but if it is cracked or split or not sealed well, it will allow in water and melted snow. We recommend FlashSeal as it lasts significantly longer that tar-based sealants. 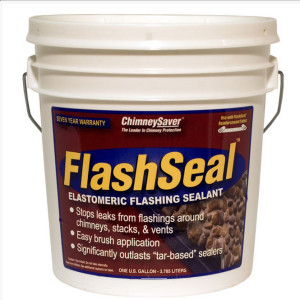 Take these five steps and you will have leak-proofed your chimney! Do you have other questions about chimney repair? Is your chimney ready for April showers?