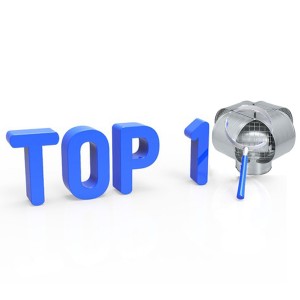 1.  First, you are going to need to get on your roof twice:

Once to measure for your chimney cap and once to install it. Sorry; there’s no way around it!

2.  If you have one square or rectangular flue…,

3.  If you have two or more square or rectangular flues…

on the same chimney, you can attach a chimney cap to each flue. An often less expensive and tidier solution is to use a Top Mount Chimney Cap

that fits over both flues.

4.  If you have a round flue with two or three concentric pipes…

within it, you must select a chimney cap for Air Cooled flues

. Their special design insures that the air continues to circulate properly to avoid overheating.

5. Even round flues that are not air insulated require chimney caps that match their characteristics.

Match the style of your non-air insulated round flue with the images below and click the link for the appropriate chimney caps:

6.  If you want to cover the entire cement crown with a chimney cap you have two choices:

One is to use a Top Mount Chimney Cap

7.  Unless you are using a chimney cap that attaches to the flue itself, you need one with a screen at least 5 inches taller that the tallest flue.

That makes sure your fireplace will draft properly and safely.

8.  If you have a fireplace that blows smoke into your room on windy days…,

If your fireplace smokes even on calm days, an Enervex

chimney fan is guaranteed to end all smokiness, regardless of the cause.

9.  How often do you want to replace your chimney caps?

Galvanized chimney caps only last 3 to 7 years before rusting out. Stainless steel and copper ones have Lifetime Warranties. If you live in a saltwater environment, you will definitely want a stainless steel chimney cap. A copper chimney cap, as it ages, may discolor a white or beige chimney such as a limestone chimney.

10.  A traditional alternative to a chimney cap…

is a clay chimney pot. Note, however, that a chimney pot will not provide the screening needed to keep animals out of your chimney.