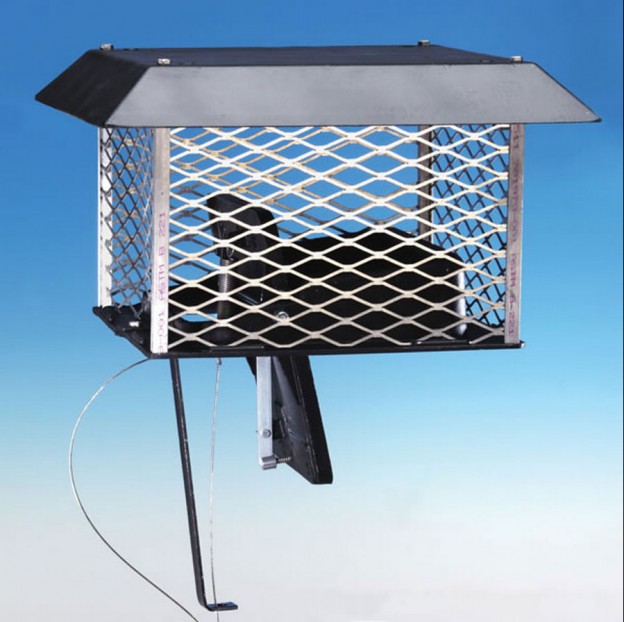 Whenever your top damper is open, rain or unwelcome visitors like birds, squirrels, bats, or rats can enter. The best solution is to install a chimney cap that is compatible with your top damper.

If you have neither a chimney cap nor a top damper, the best solution is to install a combination chimney cap damper.

You may be able to use a single flue chimney cap if the mounting flange of your damper does not extend outside the edges of the flue pipe. The chimney cap needs to be at least one inch taller than the damper when it is in its open position. For example, if your flue pipe is 13” by 13” and the mounting flange of the damper is no larger than 13’ by 13”, and the height of the damper when open is 7” you can use a single flue cap made for a 13” by 13” flue pipe, with an 8” screen height.

Do it Yourself with a Chimney Cap Damper:

Installing a chimney cap over your top damper is a very easy DIY project. It requires only ordinary hand tools, a ladder, and common sense safety precautions. Installing a combination chimney cap damper does take a bit longer, but it is also a do-it-yourself project.