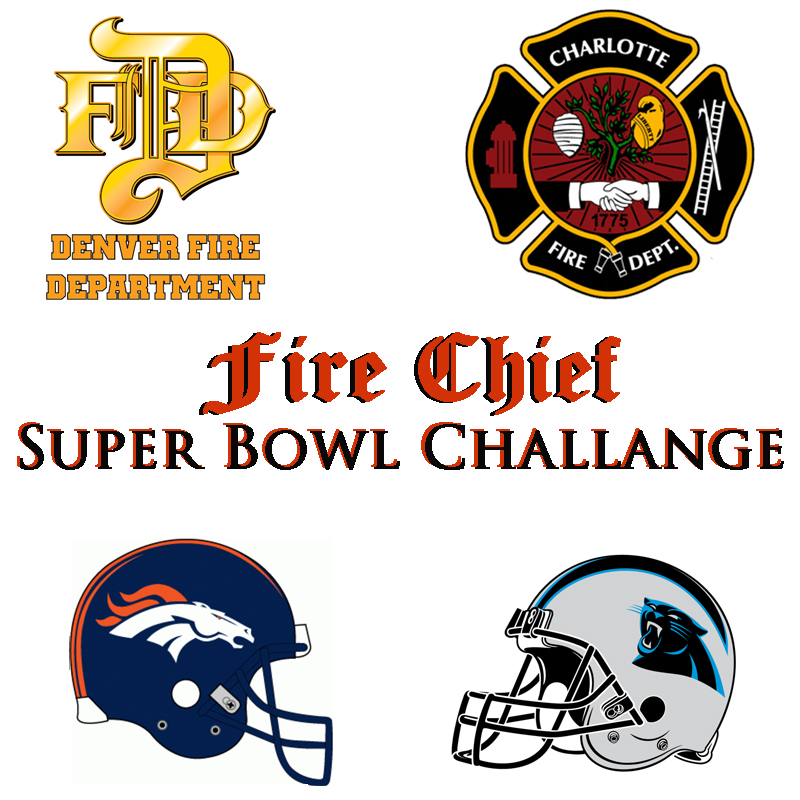 The Fire Chiefs of Charlotte and Denver have agreed to a Super Bowl Challenge that has the potential to save lives.

But the Fire Chief Super Bowl Challenge doesn’t end with smoke and carbon monoxide alarms: The losing city’s Fire Chief is required to install those 50 alarms while wearing the winning team’s jersey!

Both Eric Tade, the Denver Fire Chief, and Jon B. Hannon, Charlotte’s Fire Chief, understand that this friendly Fire Chief Super Bowl Challenge is a winner regardless of which team wins. Having a working smoke alarm in a home increases the occupants’ chances of survival by 50 per cent!

According to The Charlotte Observer, Charlotte Fire Chief Jon Hannan said he was “confident our Carolina Panthers will bring home the trophy, and Chief (Eric) Tade will look great wearing our blue and black.”