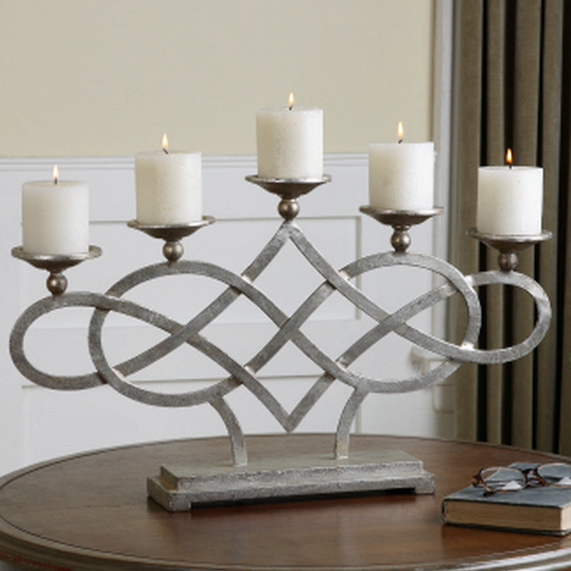 Fireplace candelabra are known for their versatility. They can be used inside the firebox in lieu of a wood or gas fire, on the fireplace mantel, or on the hearth. They can be used outdoors. But they can also be used as table candelabra on dining tables, buffets, library tables and side tables.

From classic black to bronzes, silver tones, and gold, fireplace candelabra come in metal finishes to complement any decor. Their styles range from modern sleek lines to rustic wooden varieties.

As Table Candelabra for Narrow Tables

A fireplace candelabra narrow enough for the fireplace mantel is also ideally proportioned for narrow surfaces such as a buffet, bookcase or a behind-the-sofa table. The Adala Candelabra, seen above, the the Kra Candelabra, below, both work well as table candelabra on narrow tables. 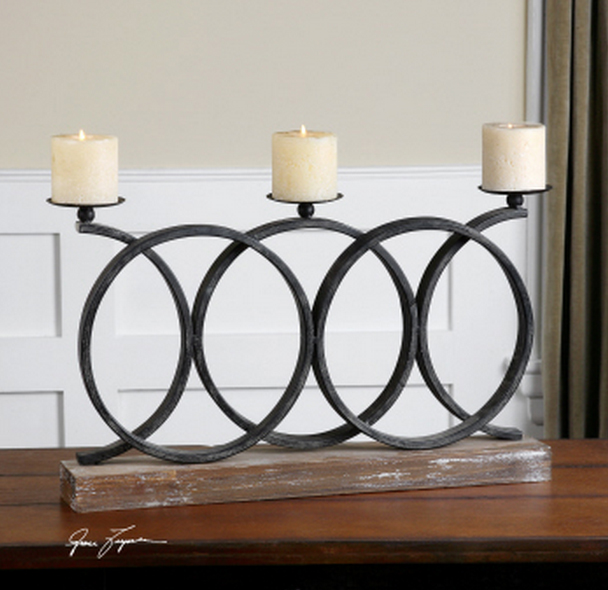 The striking qualities of design that make a fireplace candelabra such a focal point of a fireplace serve them well when they are used as table candelabra: They provide the drama one needs for a table centerpiece. The Sammy Candelabra, for example, is a real statement piece. 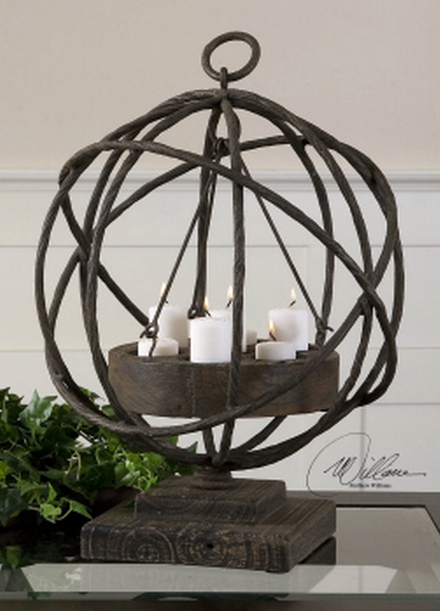 For dining tables, use fireplace candelabra people can see over or through when seated, so your guests can easily converse with diners on the other side of the table.  The Arboretum candelabra is an example of one diners can see through. 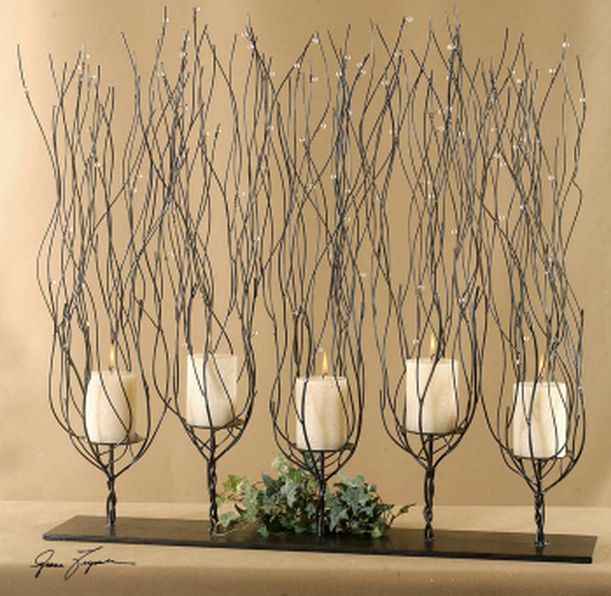 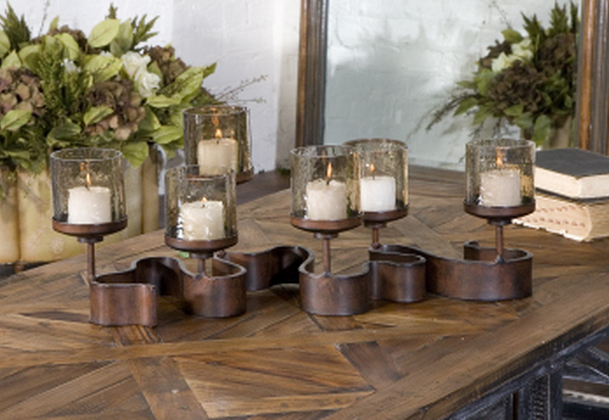 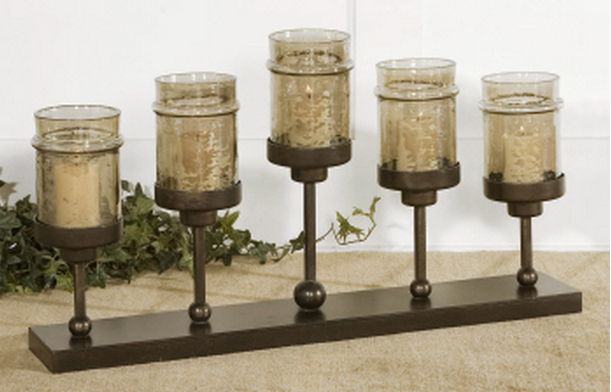 Even without their candles lit, these candelabra are beautiful decorative art pieces. But to bring them to their full glory, light the candles!