Dangers of Bird Droppings in Chimney 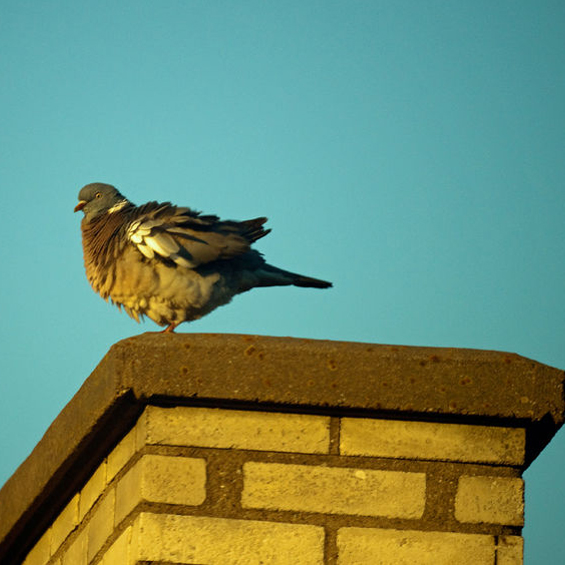 Birds that perch on open chimney flues have a tendency to leave behind unwelcome calling cards: disease-bearing bird droppings in chimney or fireplace. Whether those droppings fall all the way to the floor of your fireplace or remain stuck to the inside walls of your chimney, that bird poop (and any disease-causing spores or bacteria within it) is contaminating the air you breathe.

A chimney cap not only keeps birds out of your chimney, but it also keeps your chimney and fireplace bird-droppings free.

Bird droppings and bat droppings carry a number of dangerous diseases.  If there is an accumulation of bird droppings in chimney, attic or storage shed, it’s best to call in a professional who has the equipment necessary for safely removing the droppings.

Paradoxically, homeowners are most at risk from bat and bird droppings when they try to clean them out themselves. The transmission of diseases happens when spores or bacteria from the droppings become airborne, which inevitably happens during the cleaning process.  Let’s summarize some the main disease hazards. 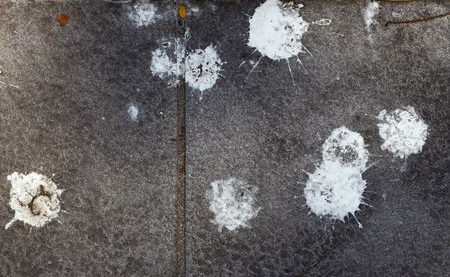 Histoplasmosis is a fungal disease that primarily attacks the lungs, resulting in a cough that may worsen over time, although mild cases clear up in about a month.  It can also affect the eyes.  If it becomes disseminated throughout the body, it can be fatal.  It is especially dangerous for people with compromised immune systems.  The fungus is endemic in soils along the Ohio River and the lower Mississippi River, but it is common throughout the eastern and central US.  Because cave explorers sometimes contract the disease, it is also called “Spelunker’s Disease.”  Folk singer Bob Dylan was hospitalized with heart symptoms caused by histoplasmosis for two weeks in 1997*.

Cryptococcosis is also a fungal disease found in the droppings of birds, especially pigeons and starlings.  It is found world-wide.  Anyone can contract the disease, but generally it infects only people with weakened immune systems, like people living with AIDS, develop symptoms.  Symptoms may include coughing blood, chest pain, skin lesions, and infections of the nervous system, including the brain.  It is often fatal for patients living with HIV/AIDS.

Psittacosis, often called ‘Parrot Fever’ is a bacterial infection carried by members of the parrot family, including macaws and budgerigars.  When the disease is carried by other birds, such as chickens or ducks, it is called ornithosis.  In the first week after infection, the disease mimics typhoid fever.  Patients may have debilitating fevers, nose bleeds, diarrhea, and depressed white cell counts.  In the second week, the disease resembles pneumonia.  While very unpleasant, Psittacosis is rarely fatal because it can be successfully treated with antibiotics.  A serious outbreak in 1929 led to the establishment of the National Institutes of Health (NIH).

Salmonellosis, sometimes called food poisoning, is caused by a bacterium that can live in foods such as eggs, but it is also carried by reptiles, baby chicks, ducklings and small rodents like hamsters.  Children and adults should wash their hands carefully after handling these animals.  There can be salmonella bacteria anywhere bird droppings accumulate. Symptoms include diarrhea, fever, and cramps lasting 4-7 days.  Infants, the elderly, and people with impaired immune systems are especially vulnerable to the disease.

These four diseases may be found wherever there are deposits of bird poo or bat guano.  If you find material of these sorts, avoid disturbing it and causing particles to become airborne.   Don’t take a chance on cleaning it up bird droppings in chimney yourself.  Call in someone who is equipped to remove the material without risk to you and your family.

Posted in Fireplace and Chimney Maintenance, Safety Tagged with: animals, birds in chimney

0 comments on “Dangers of Bird Droppings in Chimney”

1 Pings/Trackbacks for "Dangers of Bird Droppings in Chimney"